DDOS or Distributed Denial of Service is a computer attack designed to make a service unavailable. This cyber attack is a very real threat for organizations whose information system is connected to the Internet. However, DDOS is becoming more and more common. Not only is it one of the most powerful computer attacks, but it is also very difficult to stop. Find out how to identify a DDOS attack and how to protect yourself from it. 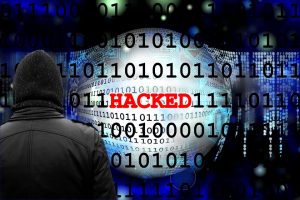 So what exactly is a DDOS attack?

DDOS or Distributed Denial of Service is an attack that exploits the limits of a network’s hosting capacity. The aim of the attacks is to crash the server. To achieve this, several thousand requests are sent to the network and the infrastructure, making them inaccessible for a period of time ranging from a few seconds to several weeks. All structures that offer services on the Internet can fall victim to DDOS. However, online casinos and e-commerce sites run a higher risk. Cyber attacks can inflict significant financial losses on unprepared targets. They can also damage reputation and brand image.

Denial of service and the zombie network

Web servers and network resources have a maximum capacity and can only handle a predefined number of requests. When the limit is exceeded, the site becomes unstable and is often inaccessible. Furthermore, the server has a bandwidth which is the channel connecting the servers to the Internet. This bandwidth also has its limits and it can be overloaded.

To block some or all access to the server, hackers saturate the network by sending hundreds of thousands of requests. They usually use the botnet or zombie network. This is a network of virus-infected computers that are connected to the Internet. The botnet allows hackers to take control of part or all of the network. To create a zombie and add it to a botnet, hackers can use two methods.

The first is the drive-by download, where the user ends up with a malicious program on their PC after visiting an infected site or downloading a rogue application. The second is through an infected link or attachment. In addition to DDOS attacks, the zombie network is used for other malicious purposes such as brute forcing attacks, sending spam, viruses and also to carry out bank fraud operations. To solve the problem, hackers can demand a substantial amount of money from their targets.

There are several reasons for hackers to launch a DDOS attack on your website. 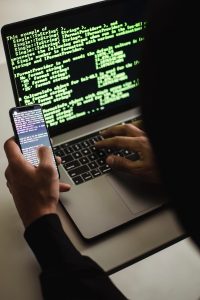 To optimize the conversion rate and triple the traffic, companies launch several campaigns such as content creation, SEO, shortening the purchase tunnel, or integrating customer reviews. But they can also take things a step further. To outdo their competitors, some take drastic measures by setting up and hiring a specialist to launch a DDOS attack. Until the site is up and running again, the competitor uses the company’s name to run ads. It then takes over and the target will eventually lose its ranking in the search engines.

Most whistleblower sites and those dealing with controversial topics often suffer DDOS attacks. These are launched by people who do not share the same opinion. After the attack, the content becomes inaccessible and users are prevented from accessing other content. This attack leads to a more or less significant loss of revenue, especially if the problem persists for several days.

The websites of a candidate, political party or organization are also vulnerable to DDOS attacks. The attacks can be launched by opponents or entities that want to disrupt the debate, block content or sabotage the candidate. The attack takes the form of an increase in requests for a few minutes. When the site is overwhelmed, it becomes unavailable

Denial of service — what are the impacts on the website?

The impacts of a DDOS attack vary depending on its nature: 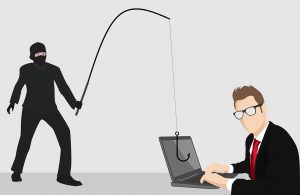 Cheap hosting is considered to be the primary culprit in making a site vulnerable to DDOS attacks. To protect yourself from different types of cyber attacks, you need to choose a hosting provider that offers several features to reduce the risks and counter the different forms of attack. By putting your trust in InternetVista, you will have the certainty that your site is placed under high surveillance, 24 hours a day, 7 days a week.

You can also protect your site against DDOS attacks by bringing in companies that offer a content distribution network and Internet security services. This solution is based on decentralization and is intended for high traffic and sensitive sites. It will distribute the data over several servers to allow permanent access. You also have GeoIP blocking, which is very effective in detecting any DDOS attacks and blocking the flows coming from a country or a region where the attack originated.

The mirror site to protect against DDOS attacks

The mirror site is the exact copy of your Internet site, but on another domain. Setting up a mirror site helps to prevent DDOS attacks. However, this must be done before the attack. It is also possible to set up a lighter version of the site, to relieve the bandwidth. This lighter structure may not be as aesthetically pleasing, but it also helps to protect against cyber attacks.

Setting up an alert system is one of the best strategies to prevent a DDOS attack. However, this solution requires a good knowledge of the network. In this case, the Internetvista.com team is there to help you. This platform offers a 100% automated website monitoring service. InternetVista provides you with familiar tools to monitor your performance and detect the slightest problems in time.  Typically, in the case of DDOS, internetVista can detect very quickly slowness or even total blocking.  A simple free test will allow you to see directly what exactly internetVista can offer you.