Progressive Web Applications are better known by the acronym PWA in English, which stands for Progressive Web App. This is a brand new form of application and the very fact that it’s so recent makes it still quite difficult to define. Not easily phased, we’ll try to define here what PWAs are. We’ll take you through their specific characteristics before taking a good look at their advantages and disadvantages.

Progressive web applications are not a new discovery. They are simply an improved version of traditional web applications. They respect the same technological standards as web applications while integrating the new JavaScript codes intended to improve them. Thanks to this, they can now function as a mobile application. They offer the same user experience as a native application and can be installed directly in your smartphone. Moreover, they can be easily used in case of Internet failure by using the data cached in the device during your last use of the application.

As a rule, a PWA replaces a website on a mobile device. It therefore contains pages and posts like any other website. The only difference is that it comes in the form of a mobile application. It offers both the functionality of a browser and that of a classic application. It is meant to be fluid, fast and light. It also updates itself automatically to make things easier for its user. 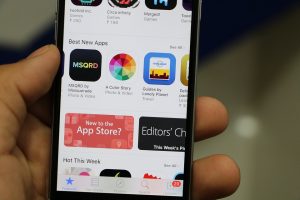 The advantages of PWAs

Progressive web applications have many advantages for their users, especially compared to native applications:

The disadvantages of Progressive Web Apps

Even if progressive web applications are innovative, that doesn’t mean to say they don’t have significant drawbacks: 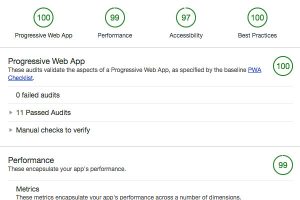 What the future holds for PWAs

Despite the great technological strides forward that PWAs are showing, it doesn’t seem as if they are yet ready to take over from native applications. And this doesn’t look set to change in future. Indeed, unlike native applications, they have not been created to adapt to the environment of mobile operating systems. As long as an optimal level of usage isn’t reached that allows a better allocation of the device’s resources, the number of users will be restricted, potentially hampering their expansion.

Still, they have considerable advantages compared to traditional mobile applications. If developers can find a way to extend their availability to users of other browsers on Apple’s smartphones, progressive web apps may well attract a growing audience. The same is true if they find a way to make them less power-hungry, because no one wants to constantly recharge their smartphone because of a single application. The risk of uninstallation will always remain until a solution to this problem is found.

Finally, don’t forget to monitor your web applications: servers, api, … For example, nothing beats monitoring each method of your API called up by your PWA or by your other mobile applications. The internetVista team can help you set this up, so don’t hesitate to get in touch.