Containers are essential solutions in the world of IT. They have brought about a significant change to the way applications are designed, boosting the productivity of today’s developers. This has resulted in easier deployment of their development environments, and, therefore, the more efficient and scalable deployment of their applications on any server.

What are containers? How do they facilitate application development? What are their concrete benefits? What are their limitations? What does the future hold for them? Read on for all the answers.

Definition and purpose of containers 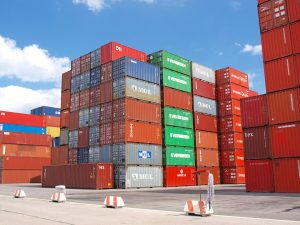 Like containers in the transport industry, IT containers are used to store objects for transport. These digital containers allow applications to be shipped, but they also support the shipment of their dependencies. These shipments can be made at the level of any operating system. By isolating their contents, these containers guarantee the security and preservation of their contents on departure and arrival.

IT containers have several roles to play. They make it possible to:

To do so, containers draw on their portability, flexibility and ability to transform infrastructure into a service (Infrastructure as a Service: IaaS).

How containerization works and its added-value

Containerization is a process that allows the virtualization of hardware resources that are essential for the deployment of an application in a container. This includes file systems, processors, networks, RAM, etc. The container is also used to store dependencies linked to an application (libraries, files, etc.). An application is moved from one operating system to another by connecting the container to their kernel. This facilitates communication between software and hardware components.

The containerization process also generates added value. It provides an alternative to the virtualization of lightweight resources. This is made possible by offering isolation through the operating system, allowing resources to be moved more easily from one system to another. Containerization thus plays a major role in accelerating the application developer’s job. 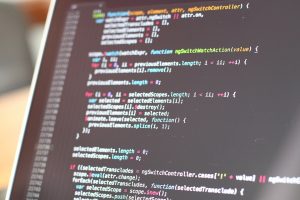 Various players are currently active in the containerization market, each of them offering various tools for developers to facilitate the management of their applications.

Docker and its applications

Docker is the first and foremost player in containerization. In 2013, it launched the concept of lifecycle preserving application containers. This concept has revolutionized the perception of containers which, until then, had been mistaken for lightweight virtual machines.

The open source software Docker was the first to enable the management of containers. This player created a format for rendering runtime and images. These have been standardized by the Open Container Initiative or OCI, a consortium launched by a group of companies with the aim of producing consumer standards dedicated to containers. Docker is the most popular containerization alternative since its standardization.

The Docker solution is applied in several distinct steps:

The other containerization tools

Apart from Docker, the only other containerization solution is the alternative offered by Rocket. Developed by CoreOS, it has been acquired by Red Hat. That being said, Docker remains the main player in the market.

More new players are to be found in the field of orchestration. Orchestrators are virtual machines that enable the management of the container lifecycle. This is done by offering an overview that is useful for configuring applications on demand.

Orchestrators orchestrate the lifecycle of containerization-based applications. This process has been used in particular by the Kubernetes project. Set up in 2015 by Google, this project has evolved within an open source environment since its acquisition by Cloud Native Computing Foundation. This is its first ever project to reach maturity and is also the largest open source project after the Linux kernel project.

Kubernetes’ goal is to accommodate any container system that meets its standard. The project offers programmers a way to focus on what matters: how to make their applications work. Deployment is no longer an issue with this solution. Functionalities are separated from their creation codes via an abstraction layer, which in turn allows the management of container clusters. Kubernetes is a competitor to the native clustering solution for Docker containers, Docker Swarm.

Benefits and limitations of the containerization procedure

Considered a real technological breakthrough, adaptability is the main advantage of containerization. Apart from that, it also makes it possible to:

As for its limitations, containerization no longer really has any. In fact, thanks to the quality of the code and the improvements made to the training of ops, the possibilities of intrusion are averted. Containerization tools are more efficient and more secure. The machine’s resources are thus better protected and security flaws are eliminated.

However, certain limitations are still observed among orchestrators. This is the case for integration with Cloud providers, which is still limited for managing large volumes of data. It is also impossible to enjoy the benefits of orchestration for portability when migrating certain applications to the cloud.

Containerization and its future 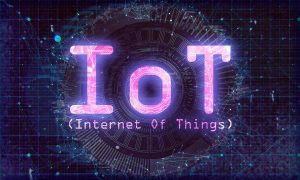 We can already see a bright future for containerization, provided that programmers master container orchestration and that security is guaranteed. These conditions will eventually make it possible to have clusters of machines hosting containers from a variety of sources. This will allow applications to benefit from resources that are not their own in complete security…. a great step forward for the IoT (Internet of Things) which continues to be governed by different architectures.

Finally, whether you use containers or not, it is essential to monitor your applications: knowing at all times that your applications are accessible to all Internet users is a professional obligation that you should not neglect. So what are you waiting for? Create a free account on internetVista 😉